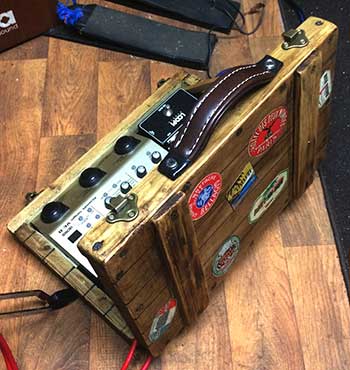 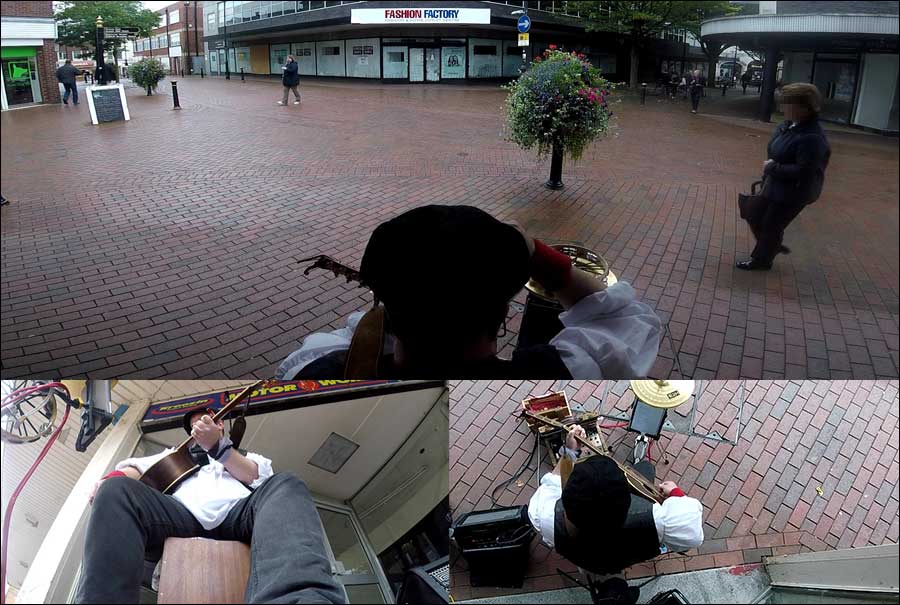 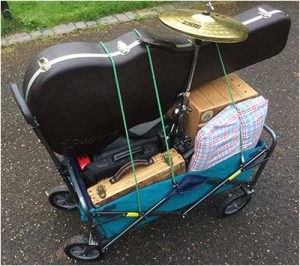 During an initial trial performance I used my guitar case as the receptacle for receiving donations. Using the guitar case in this way is common practice and so more readily understood by the audience. Added to this and by way of an additional audience prompt, the case contained an initial £5 float. (£34.34 taken during the 90 mins performance).

However presentationally, the case was problematic in so far as it created a physical barrier / disconnect between myself and the audience which was amplified because I was seated (sat on a Cajon). Much of the writing around ‘busking tips’ suggest the need to be unique. Could an alternative receptacle help ?